You can see Red Panda’s at many zoo’s across the U.S.  The picture below was taken at the Red Panda exhibit at the Bronx Zoo. 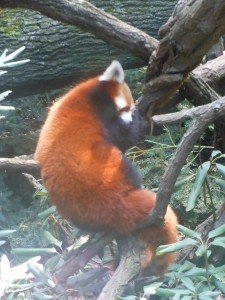