Steller Sea Lion: The largest of the sea lion.  Lives in the Northern Pacific mostly around Alaska.

Australian Sean Lion: Lives in the South and West parts of Australia. 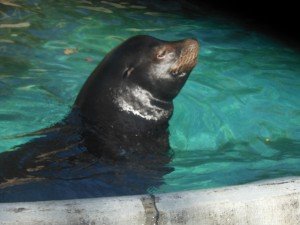 California Sea Lion: Most popular lives mostly in San Francisco California.  This is the sea lion you see that does tricks at theme parks, aquariums, and zoos.