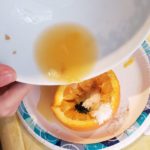 Erupting Fruit Volcanoes What is a volcano? A volcano is an opening in the Earth's crust.  It usually looks like a mountain.  When a volcano erupts hot gases and hot melted rock called lava escapes through the earth's crust.  Lava is hot, very hot.  It's temperature 1,300- 2,000 degrees Fahrenheit. After lava flows out of the volcano it cools down and hardens into … END_OF_DOCUMENT_TOKEN_TO_BE_REPLACED

Science Projects are not just for school! Doing experiments at home is not only a great way to keep kids entertained but it also  is a fun way to learn and get them interested in Science. Check out these easy and fun experiments that can be done anytime. Remember new activities are added all the time so come back soon to see what's new!   Acid and Base Science … END_OF_DOCUMENT_TOKEN_TO_BE_REPLACED 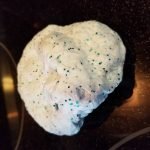 We had a group come in to make this with some of the kids I work with.  It was a big hit.  They called it slime but I found it to have more of a rubbery feel.  The kids ages 5-9 had such a good time making it, I decided to try it at home with my little one.  Sure enough she loved it too.  Since Winter is coming and my daughter is still an Elsa fan we decided to go with a frozen … END_OF_DOCUMENT_TOKEN_TO_BE_REPLACED 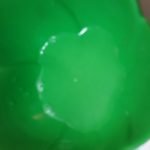 This volcano science project is fun and easy for children of all ages.  Not only do you get to turn a lemon into a volcano and watch it erupt, you learn what happens when you mix an acid (lemon) with a base (baking soda).  Remember this experiment is messy, which kids love however make sure you cover your work space.  Follow the step-by-step directions below to make your very … END_OF_DOCUMENT_TOKEN_TO_BE_REPLACED

We can drink milk, pour it into our cereal and use it for many recipes, but have you ever thought you can use it as glue? Now you can turn milk into glue with these two fun science experiments. Try them both to find out which one makes a better glue. Follow the step-by-step directions below to make your very own milk glue Items needed: 1 1/2 cup milk 3 teaspoons of … END_OF_DOCUMENT_TOKEN_TO_BE_REPLACED